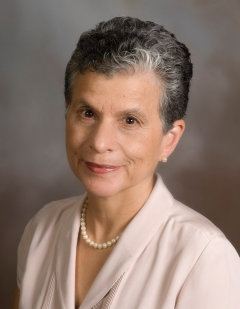 Dr. Barbara G. Ryder is a emerita faculty member in the Department of Computer Science at Virginia Tech, where she held the J. Byron Maupin Professorship in Engineering. She received her A.B. degree in Applied Mathematics from Brown University (1969), her Masters degree in Computer Science from Stanford University (1971) and her Ph.D degree in Computer Science at Rutgers University (1982). From 2008-2015 she served as Head of the Department of Computer Science at Virginia Tech, and retired on September 1, 2016. Dr. Ryder served on the faculty of Rutgers from 1982-2008. She also worked in the 1970s at AT&T Bell Laboratories in Murray Hill, NJ. Dr. Ryder’s research interests on static and dynamic program analyses for object-oriented systems, focus on usage in practical software tools for ensuring the quality and security of industrial-strength applications.

Dr. Ryder became a Fellow of the ACM in 1998, received the ACM SIGSOFT Influential Educator Award (2015) and the ACM President’s Award (2008), was selected as a CRA-W Distinguished Professor (2004), and received the ACM SIGPLAN Distinguished Service Award (2001). She has been an active leader in ACM (e.g., Vice President 2010-2012, Secretary-Treasurer 2008-2010; ACM Council 2000-2008; General Chair, FCRC 2003; Chair ACM SIGPLAN (1995-97)). She serves as a Member of the Board of Directors of the Computer Research Association (2014-present,1998-2001). Dr. Ryder currently is an editorial board member of ACM Transactions on Software Engineering Methodology and has served as an editorial board member of ACM Transactions on Programming Languages and Systems, IEEE Transactions on Software Engineering, Software: Practice and Experience, and Science of Computer Programming.

Dr. Ryder received the Virginia AAUW Woman of Achievement Award in 2014. She led the Department of Computer Science team which tied nationally for 2nd place in the 2016 NCWIT NEXT Awards. She is a founding member of the NCWIT VA/DC Aspirations in Computing Awards, having co-chaired these awards in 2012-13 and 2014-15 and having served on the organizing committee since 2011. She also was an executive champion for CS@VT in the NCWIT Pacesetters (2009-2015).